Being On Work Experience At ITV Content Services – Part 1

Meet Josh, who joined us on a work experience placement back in 2017.

Alfred Hitchcock, Powell and Pressburger, the Carry On series. Huge names in British cinema history, whose titles I could never have imagined I’d be associated with in any way. Having graduated from the Northern Film School in 2017, I was faced with the task of trying to find my way in a competitive media industry and with no concrete idea of what I even wanted to do. Sitting here three years later, I’m incredibly lucky to have found a niche that I enjoy, that I’m passionate about, and that I believe is of huge importance in the preservation of our cultural history.

My university course was entirely focused on digital film-making, so prior to joining Content Delivery I’d never even handled a piece of film. I can’t lie and say that I’ve always had a huge interest in film restoration, because the truth is that for a long time it wasn’t even on my radar. I think my first exposure to it as a concept was upon buying a box-set of The Godfather Trilogy, which was embellished with the words The Coppola Restoration, but at that point it felt like a role reserved for experts and masters of cinema. How would you even get a job doing such a thing?

During my second year at university, we were tasked with finding and completing 30 hours of industry work experience. Having contacted numerous local production companies, post-production facilities, and in-house media departments, I’d gotten nowhere, and was starting to doubt my ability to break into the industry, let alone complete the module. If it was so difficult to find unpaid work experience, how would I find paid employment?

Perseverance paid off when I was offered two weeks at ITV Content Delivery. It was a foot in the door and an opportunity that I wanted to grasp with both hands, and I was delighted to be given the chance to be actively involved in day-to-day operations, primarily around the department’s mass tape ingest solutions, but also being shown the local ingest and international file deliveries processes, as well as my first involvement in the film transfer suite. Two weeks turned into three, which eventually led to an initial 12 month contract a year later.

I originally started my career at ITV Content Delivery within the Late and Live team, which was a new venture within the department set up to capture ITV’s live broadcast content for delivery to ITV Hub (and other catch up platforms), as well as general out-of-hours tasks. Summer arrived, and with it came two huge television events – the 2018 World Cup and Love Island, which had exploded in popularity the previous year – that dominated British discourse and meant we had millions of eyes on our work. It was an amazing couple of months, and from a professional standpoint I was genuinely sad when it came to an end. Television – particularly event television – is such a big part of modern culture, and working in Late and Live felt like having your finger on the pulse of that culture.

I was eager to learn and experience other areas of the department, so I eventually moved out of the Late and Live team and into the general Operations team within Content Delivery. It was here that I began working in the film suite, ingesting 16mm and 35mm film. I think it was vitally important to gain a grounding in film transfer before moving onto restoration, to start to understand and appreciate film as a fragile, aging physical medium. You only need to see your first piece of irreparably damaged film to recognise the importance and urgency of preservation, or face content being lost forever.

The department had only recently moved onto a new restoration system, Digital Vision’s Phoenix, and I was very lucky in that shortly after getting to grips with the software we saw an influx of jobs come into the department, firstly via the domestic market, and then through a series of commissions from Britbox, beginning with a brand new UHD transfer and restoration of Carry On Up The Khyber, which I was given the responsibility of completing. Alfred Hitchcock’s The 39 Steps followed before a return to Carry On with Carry On Camping, all part of Britbox’s Reloved and Remastered series, presenting classic films in the best possible quality. Each film has been in a different condition and offered its own challenges to overcome, but it’s a privilege to give them the treatment they deserve.

I’ve only really scratched the surface of my three years in Content Delivery, but the thread that runs through my time here is that I’ve always been trusted to take on new responsibilities, no matter how important or high profile, and I know that’s the same for all of my colleagues. It’s great to work for a department that understands that experience only comes from doing – doing things right, doing things wrong, and learning. 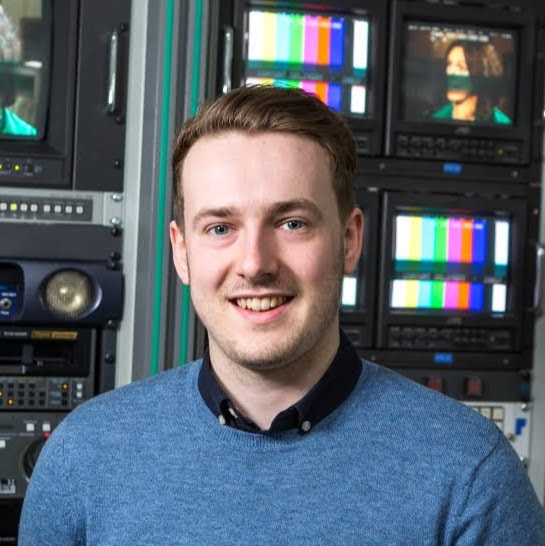