Discover how ITV Content Delivery managed to restore and digitise a film from a whole century ago….

100 years. One hundred years. Whichever way it is written, it’s an impressive age. Imagine our excitement (and nervousness!) when we were asked if we could transfer and restore a film from 1918 and then came the next surprise – it was on nitrate film.

Those of you who know what nitrate is will have envisaged gloves, mask and a fire extinguisher within an arms reach and you’d be pretty much spot on. Nitrate is so flammable it can burn underwater. Yeah, you read that right. So, in short – it was a challenging piece of film restoration, and one we couldn’t wait to get our (gloved) hands on!

Are you wondering how we handled such a delicate, yet dangerous film?

We are very lucky to have two of the UK’s only 16mm and 35mm Steenbeck Film Scanners. They are beautiful machines which produce incredible results and we are very proud to have such top of the range film transfer equipment. Because of the film’s age and the fact it was on nitrate, we had to be extremely careful in handling the film. Scott (our resident film transfer guru) tells us exactly how.

We had never handled film of this type before, and certainly nothing as old as this, so we had to do our research to ensure we knew the perils and pitfalls of working with such an aged and unstable medium. Nitrate film can decompose and become unstable in as temperatures as little as 38 degrees and can give off poisonous gases which can then combust. Warmth and humidity accelerate the decomposition and the film itself, by its very nature, is susceptible to combustion. So low temperature, well ventilated environment is essential for digitising and our film suite provides this.

Thankfully the Steenbeck film scanners are ideal for handling nitrate film as they use an LED light source that emits little to no heat as opposed to the traditional film scanners that use a simple bulb to illuminate the film as it it passes by the lens. Bulbs give off heat and as we know, heat is not a friend to nitrate! Putting the film through the scanner must be done with extreme care, the film can be brittle and sprocket holes can be broken or even out of alignment, so we needed to send the film through at a slower rate than normal until we were confident no damage to either the film or the equipment would occur. Once we were happy that these conditions were met we were able to digitise the film at full speed and preserve a 100 year old piece of film for the future”. 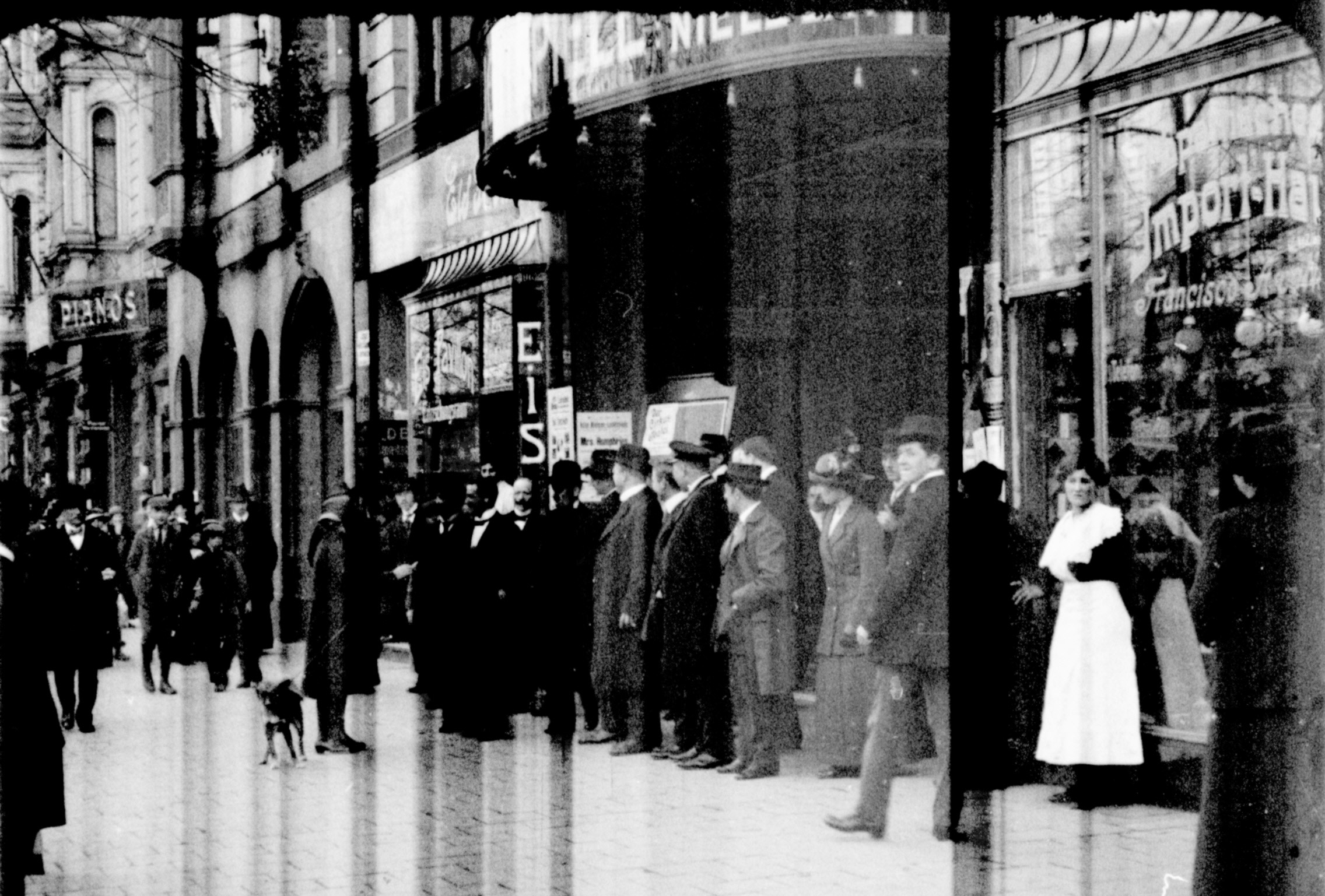