What I Did After My Apprenticeship

My name is Katie and I started at ITV just under 4 and a half years ago as an Apprentice. I originally found out about the Apprenticeship scheme whilst taking part in a two week Work Inspiration placement at ITV in 2015. The placement really opened my eyes to Apprenticeships as working and earning money, alongside studying really appealed to me. So I kept a close eye on the ITV Careers social media pages waiting for new Apprenticeship roles to be advertised.

Once the scheme was open, I submitted my application almost instantly, which unfortunately left me counting down the days until I’d hear if I had been successful in the first round or not! After a month or so I received an email inviting me along to an assessment workshop where I took part in scenario-based group tasks with other candidates and had the opportunity to learn more about my future role. It was a very inclusive process, with ongoing support from the development team.

The final stage was an interview, I remember feeling very nervous beforehand but as soon as I arrived I was put at total ease and made to feel very welcome. Within the next couple of days I received a phone call from the Apprentice Programmer Manager who let me know that I had been successful and they wanted to offer me the Business & Administration Diploma Level 3 Apprenticeship within Broadcast Operations (now known as Content Supply & Distribution) and I was completely over the moon and couldn’t wait to get started!

My main roles within the team included managing diaries, booking travel and accommodation, managing invoices, logging any irregular incidents for each time something unplanned or unexpected happened in the transmission chain, and also assisting with any other general admin duties. Alongside my work, I was also studying for my Business & Administration qualification and I had a very dedicated tutor who was always on hand if I ever needed any additional support.

My Apprenticeship offered me so many amazing opportunities such as travelling down to London for training courses, shadowing other teams, having a nosey around various TV sets, including the This Morning, Emmerdale and Coronation Street studios, and getting to plan events for 100+ people! One of my favourite highlights was getting the chance to attend the recording of the blind auditions for The Voice at Media City in Manchester! Most importantly, it let me grow as a person, gain confidence and it opened up my eyes to the world of television. There is so much more to ITV than just the programmes that are shown on air!

Around 10 months into my Apprenticeship I decided to apply for a full time position within Channel Operations, our scheduling team within Broadcast Ops. Channel Ops are responsible for inputting and maintaining ITV’s channel schedules and the finer details within them. My main tasks included building and optimising the schedules for ITV4 against press deadlines and creating contingency schedules for when live sport didn’t go to plan. I worked closely with a number of internal and external areas such as Programme Strategy, Live Sport Productions and Airtime Sales to ensure that everyone was happy with the schedules and timings.

After being in this position for 6 months, the opportunity arose to return back to an admin role and become a Team Coordinator, where I mainly supported the Director of Channel Operations as well as assisting the Director of Content Operations, Controller of Channel Distribution Services and providing general admin support to the rest of Content Supply & Distribution.

In my current position, I am Personal Assistant to the Controller of Content Services and the Team Assistant for Content Delivery, who are ITV’s award winning in-house transfer and media facility. If you’re considering going down the route of an Apprenticeship, definitely go for it! My top tip for applying for an ITV Apprenticeship is to make sure you do your research about the department and the role. Be sure to include keywords within your CV and cover letter to prove that you really are the best candidate for the role. 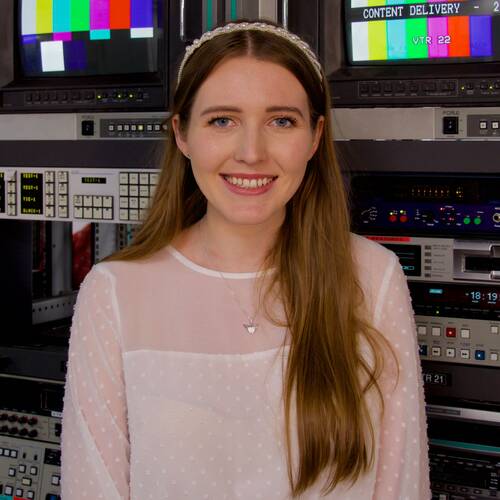